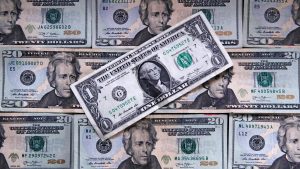 If the Federal Reserve lowers rates at its upcoming July 30-31 meeting, only some mortgage borrowers need to pay attention, including those with adjustable-rate loans. The majority of Americans, who have fixed-rate mortgages, won’t be affected.

At the Federal Open Market Committee, FOMC, some experts predict that Fed Chairman Jerome Powell will lower rates by 25 basis points from 2.25 percent to 2.0 percent. If rates are lowered for the first time in more than a decade, here’s what happens for home shoppers and homeowners.

What will happen to long-term fixed mortgages

Keep in mind that the federal funds rate does not directly affect long-term fixed-interest mortgage rates; those rates are pegged to the yield of U.S. Treasuries, which are set by market forces.

“Mortgage rates are so low today because the popularity of that note has driven its price up and its yield down (there is an inverse relationship between bond prices and yields),” says Robert Frick, corporate economist at Navy Federal Credit Union.

However, there can be indirect impact on long-term interest rates if, for example, the Fed surprised economists and didn’t lower rates. This move could indicate that the Fed isn’t promoting growth, which could prompt U.S. markets to react.

“Under that scenario, I think short-term rates would move up, but long-term rates could conceivably decline if markets ‘think’ the Fed isn’t acting aggressively enough to support the economy and will eventually have to cut short-term rates even more. But that’s not our call,” says Nancy Vanden Houten, CFA, senior economist at Oxford Economics.

Variable-rate loans will get cheaper

The winners, if the Fed lowers rates, are borrowers with variable-rate loans. The bigger the loan, the bigger the savings. So, home equity lines of credit (HELOCs) and adjustable-rate mortgages (ARMs) will get less expensive if rates drop. This is because those interest rates are tied to short-term rates such as the prime rate, which moves in lockstep with the Fed rate.

A drop in the Fed rate by 25 basis points means a 25-basis point drop in variable rates, as well. Usually, borrowers will see a change in their lender statements the month after the Fed lowers rates.

“To quantify this, on a HELOC of $100,000, every change of 0.25 percent in interest rate (either upwards or downwards) will cause a borrower’s interest expenses to rise or fall $250 per year. As this works out to only about $21 per month, it should not have a very significant impact on most borrowers unless they have a very large HELOC,” says Daniel Shlufman, Mortgage Banker at Classic Mortgage LLC.

Those with variable-rate mortgages may have to wait a while to see their payments fall if the Fed lowers interest rates. Such loans typically adjust annually on their anniversary dates. Some don’t adjust at all for the first two, three, five or even seven years.

What borrowers should do

Would-be homebuyers interested in a fixed-rate mortgage or those who want to refinance should take advantage of today’s low interest rates, experts advise. Fixed-rate mortgages aren’t expected to decline if the Fed lowers rates as they’re already largely priced into the current level of market rates, Vanden Houten says.

The best course of action for homebuyers is to decide whether they can afford the home they want based on their down payment and current mortgage rates. Today’s rates are some two percentage points below the historical average, Frick points out, so waiting for even lower rates can mean missing an opportunity-in-waiting.

Back To Top
Search
Translate »